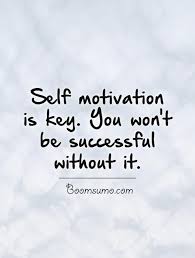 Scripture Reading: Jdg 4:22 And, behold, as Barak pursued Sisera, Jael came out to meet him, and said unto him, Come, and I will shew thee the man whom thou seekest. And when he came into her tent, behold, Sisera lay dead, and the nail was in his temples.

Reflections: The Canaanites ruled over Israel for 20 years. It was time for Israel to overthrow their rule. Deborah, Israel’s prophetess and Judge instructed Barak to attack the Canaanite army. He entertained fear and said if Deborah did not accompany him to the battlefield he would not go. Deborah consented but prophesied that because of the course Barak had taken, he was going to miss a great honor which had been reserved for him. This honor; according to Deborah, will pass on to a woman. Barak defeated the Canaanites alright during the battle and took to pursuing Sisera, their captain. As Sisera fled, he took refuge in the house of Jael, a woman who lived along the road. She was quick enough to drive a nail through his temple while he slept and thereby killed him. When Barak got to the scene, he realized he had missed the greatest honor of warfare – personally killing the champion of an opposing force. A woman who had never been to war had rather taken over this honor. In life, when you always want people to assist/motivate you before you do something, your reserved place of honor can be taken over by another. Learn to be self motivating and go for the highest honor to glorify God!

Prayer: Oh Lord, help me to be self motivating in life so I can take up every place of honor reserved for me.

Confession: I will go ahead and do what I know I have the ability and capacity to do. I am driven by self motivation.