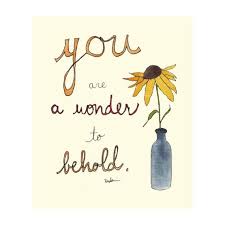 Scripture Reading: Acts 14:19-20
And there came thither certain Jews from Antioch and Iconium, who persuaded the people, and, having stoned Paul, drew him out of the city, supposing he had been dead. Howbeit, as the disciples stood round about him, he rose up, and came into the city: and the next day he departed with Barnabas to Derbe.

Reflections: Paul was doing well in ministry at Lystra until some Jews from the city of Antioch and Iconium showed up. They persuaded people to act against him. He was stoned mercilessly and dragged through the streets until it appeared that there was no more life in him. At this point his enemies left him. They knew their expectation of seeing Paul dead had been upheld. However as the disciples gathered around the seemingly lifeless body of Paul, they witnessed a strange sight. Paul began to move his body and suddenly stood up on his own as if nothing had happened. Instantly he was back to work! What a wonder! God had made him to be such a wonder! When God makes you a wonder in life, what your enemies expect to happen to you will fail to materialize. Rather, the exact opposite will take place. When they expect you to die, you will live. When they expect your endeavors or businesses to fail, a lifting up will occur. Thank God for the power of God which makes you a wonder. Ask God for it! God will make you a wonder in life!

Prayer: Oh Lord, let your power to make me a wonder manifest to your glory!

Confession:  I am a wonder in life. The exact opposite of the expectations of my enemies concerning my life is what will take place.