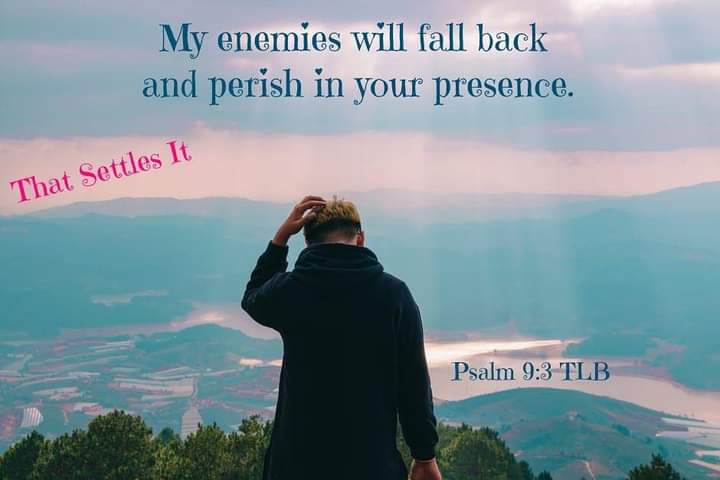 Scripture Reading: Exodus 14:20
And it came between the camp of the Egyptians and the camp of Israel; and it was a cloud and darkness to them, but it gave light by night to these: so that the one came not near the other all the night. And Moses stretched out his hand over the sea; and the LORD caused the sea to go back by a strong east wind all that night, and made the sea dry land, and the waters were divided.

Reflections: Before the miracle of crossing the Red Sea will take place, something remarkable happened. God knowing the people of Israel will need time to cross over because of their population size, put in a plan to delay the pursuing Egyptian forces. An angel moved in between the people of Israel and the Egyptians, causing the pillar of cloud to move in the same direction. The side of the pillar facing the Egyptians now produced darkness while the side behind the Israelites produced light only for the Israelites. Thus while the darkness blinded and slowed down the Egyptian forces, the light guided Israel to move through the parted waters swiftly and easily. Thus Israel gained great pace ahead, making it to the other side safely. The Egyptians were therefore left far behind when they got into the middle of the parted sea, where they met their doomsday. Moses stretched forth his rod again, rolling back the parted sea together, burying them in the process. Like the Israelites, God will slow down those who pursue your life, allowing you all the time you need to escape their plans before He strikes them ultimately. Indeed those who pursue your life, shall never succeed!

Prayer: Dear Lord, slow down those who pursue my life for evil and bring them into their doomsday.

Confession: By divine provisions my life is kept. Those who pursue my life shall never get to me.