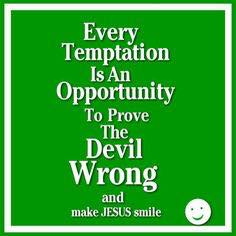 Scripture Reading: Job 1: 11-12
But put forth thine hand now, and touch all that he hath, and he will curse thee to thy face. And the LORD said unto Satan, Behold, all that he hath is in thy power; only upon himself put not forth thine hand. So Satan went forth from the presence of the LORD.
Reflections: In one day, Job lost all his possessions. Besides, he also encountered the loss of his children. Soon after, his health condition also began to fail. His plight was further worsened when his friends rather than comforting him came around to accuse him. All the odds were against him. His faith was so stretched but he held on. His allegiance to God was intact. He refused to denounce God. Unknowing to him, his line of response had proven God right and the Devil wrong! Apparently a conversation had ensued between the Devil and God regarding his faith. The devil had thrown the challenge that Job was going to quit serving Him, if he encounters troubles while God had emphatically maintained a boastful stance that Job was going to serve Him unconditionally. God therefore had allowed the devil to persecute Job. The deal was however such that Job’s life could not be taken. Sometimes our troubles may just be a trial like that of Job. At the end of the day we shall come out victoriously having proven God right. May you always prove God right and the Devil wrong!

Prayer: Dear Lord, give me grace to withstand any trial of my faith so I will end up proving you right and the devil wrong.