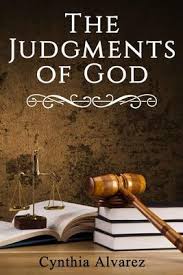 Scripture Reading: Dan 7:9-10
I kept on watching until the Ancient of Days was seated. His clothes were white, like snow, and the hair on his head was like pure wool. His throne burned with flaming fire, and its wheels burned with fire. A river of fire flowed out from before him. Thousands upon thousands were serving him, with millions upon millions waiting before him. The court sat in judgment, and record books were unsealed.

Reflections: The beast with the ten horns was terrifying and spoke with such audacity. It appeared as if it could never be challenged. As Daniel’s eyes looked deeper into the vision, he saw a court session being called into order. Right on the seat of judgement, sat an awesome personality dressed in pure white, gazing into a book containing records of the deeds of people including the beast. Fire proceeded out of His presence. Countless number of court officials waited on Him. It was evident that a verdict was about to be pronounced and indeed it was. It happened so swiftly. The beast, despite its authority and power was instantly killed and its body given over to the burning fire that flowed from the throne. The court session was over! The beast with the horns was absolutely nothing before the Ancient of days whom Daniel discovered as the awesome personality presiding over the court. There exists a divine court whose verdict is final and irresistible. Any audacious horn of oppression raised against your life cannot escape its judgement. Make use of this divine court of justice. Present your case there!

Prayer: Oh Ancient of days, let your divine court be put in session for my sake and let every audacious horn raised against my destiny be judged.

Confession: The divine court of justice is in session for my sake. It’s verdict frees me from the hands of the wicked ones!