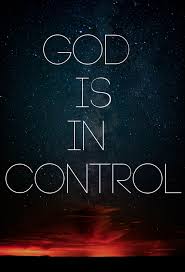 Scripture Reading: 1 Sam 19:6-7
And Saul hearkened unto the voice of Jonathan: and Saul swear, As the LORD liveth, he shall not be slain.

Reflections: King Saul summoned a meeting of all the members of his household. The agenda of the meeting was to instruct everybody to kill David. David had no idea that such a level of discussion was being held about him. Just as it seemed that his doomed was sealed, one of the voices at the meeting spoke for him. It was the voice of Jonathan, son of King Saul. He contested that it was needless and wicked to have David killed. He reminded his father about how David had risked his own life to fight off the threat of the Philistines by killing Goliath the giant which rolled off his reproach and that of Israel as a nation. Jonathan’ s voice was so powerful and convincing that Saul rescinded his decision and swore that David will no longer die. In life, people can hold secret meetings to either degrade or destroy your life but God can raise from among these same people somebody to advocate on your behalf. Joseph experienced this twice in Genesis 37:12-27. As a covenant child of God, you will not lack amazing advocates to help you out of situations! God is in control!

Prayer: Oh Lord, may I never lack people who will advocate for my well being.

Confession: I will never lack people who will advocate for my wellbeing.