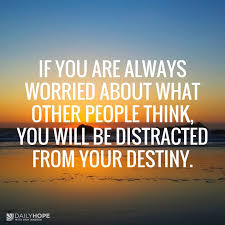 Scripture Reading: Act 28:6
Howbeit they looked when he should have swollen, or fallen down dead suddenly: but after they had looked a great while, and saw no harm come to him, they changed their minds, and said that he was a god.

Reflection: The natives of the island of Malta criticized and labeled Paul as a murderer who did not merit to live. They maintained this position because of all the people gathered around the fire, it was only the fist of Paul that the poisonous snake chose to attack. Paul could have responded to the critics but he did not. They watched as he shook off the snake into the fire. They thought he was going to die from the snake bite. Paul was still quiet and looked rather focused on God for the miraculous to happen and it sure did. His critics were shocked when they realized the snake had no power over him. They changed their minds immediately and called him a god. It pays sometimes to remain quiet in the midst of criticisms and refuse to justify yourself. In such circumstances, you must rather remain focused in carrying out the will of God for your life. It will not be long when your critics will be proven wrong. Jesus Christ for instance never responded to his critics while he hanged on the cross. He remained focused on his assignment. He died but triumphantly resurrected with unparalleled glory on the third day. Like Paul and Jesus, don’t be distracted by the voice of your critics!

Prayer: Dear Lord, help me to remain silent and to focus on your will in the midst of unfounded criticisms.

Confession: God remains my defense. My critics will end up on the side of the losers!