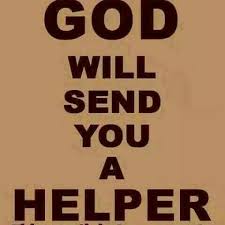 Reflections: Jeremiah prophesied that the “land shall be a desolation” and that the Jews would “serve the king of Babylon seventy years” (Jeremiah 25:11). He further announced that after the 70 years were completed, God would cause them “to return to Jerusalem’ ‘(Jeremiah 29:10). True to his words the Jews found themselves in captivity. Now the 70 years had been accomplished . What was left was how God was going to cause his people to return to Jerusalem. This remained a wonder but God had a plan up his sleeves. He stirred up the heart of Cyrus the King who issued a decree authorizing the Jews to leave Babylon. It was amazing to see a king grant his vassals freedom just like that! Certainly when God can stirs up the hearts of people to favor your life, they will have no choice than to just do that. Why don’t you ask God to stir up the hearts of key destiny helpers in you life?.

Prayer: Dear Lord, please stir up the heart of those who are key actors to bring to pass the fulfillment of my prophetic destiny.

Confession: Every key actor appointed by God to help me walk in my prophetic destiny shall be stirred up by God,