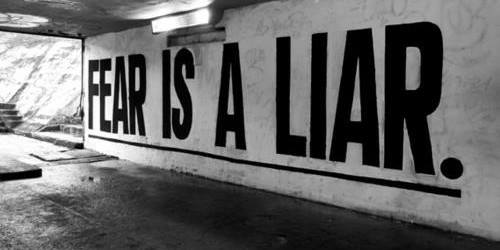 And all the men of Israel, when they saw the man, fled from him, and were sore afraid. And it came to pass, when the Philistine arose, and came and drew nigh to meet David, that David hasted, and ran toward the army to meet the Philistine. And David put his hand in his bag, and took thence a stone, and slang it, and smote the Philistine in his forehead, that the stone sunk into his forehead; and he fell upon his face to the earth.

War between the Philistines and Israel was eminent. Victory was assured the Philistines since the camp of the Israelites had been gripped with FEAR. Fear is defined as ‘an unpleasant often strong emotion caused by anticipation or awareness of danger’. This emotional state among others, plunges you into a condition where you feel helpless. It is at this stage that you can either be hum…iliated or kept away from doing what you can actually do. This is what precisely happened to Israel until David arrived on the scene. They could not deal with Goliath just because of fear. David called off Goliath’s bluff and refused to be intimidated by him. He fearlessly engaged him in battle. This brought God to his side and he was able to singlehandedly kill him. It is amazing to note that he was able to do what his kinsmen had failed to do. This actually proves that it was possible for his kinsmen to have done same but fear hindered them. Fear is therefore a liar! It will keep you away from doing what you can actually accomplish! Fight it! Victory shall surely be yours!

Prayer: Dear Lord, I thank you that you have not given me the spirit of fear. I refuse to be afraid in life.

Confession: I will not entertain fear in my life. I remain an overcomer in life!