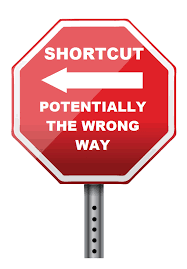 Scripture Reading: Mar 15:23 & 36
v23: And they gave him to drink wine mingled with myrrh: but he received it not. v36: And one ran and filled a sponge full of vinegar, and put it on a reed, and gave him to drink, saying, Let alone; let us see whether Elias will come to take him down.

Reflections: The destiny of Jesus was to die to redeem man from sin and its effects. In the process that led to the fulfillment of this destiny, Jesus was offered wine to drink in two instances. The first which he refused was wine mixed with myrrh. The second was wine filled with vinegar. The first wine is noted to impair one’s consciousness. This definitely will ensure that Jesus will not be too conscious of the pain he was going through. The second type of wine is known to keep one’s consciousness alive. This obviously will let Jesus feel the pain the more. For choosing the second option, David Mathis opined that Jesus avoided a shortcut to the attainment of his destiny. For sure Jesus knew He had to endure pain and he held on to that until he gave up the ghost. In Matthew 4:1-10, during his temptation by the devil, we also note that Jesus avoided shortcuts to glory. When it comes to destiny fulfillment, shortcuts must be avoided. Shortcuts can aid you to alter the will of God which can have ramifying effects.

Prayer: Dear Lord, please help me to avoid shortcuts on my path to fulfill destiny

Confession: I avoid shortcuts on my path to fulfill my destiny.