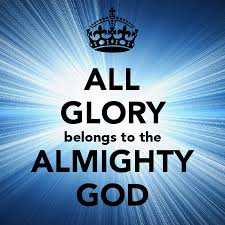 Scripture Reading: Hab 1:11 Then shall his mind change, and he shall pass over, and offend, imputing this his power unto his god

Reflections: Through the prophetic lens of Habakkuk we are made to see the reason behind the rise and fall of the Chaldean army. The people of Israel wouldn’t repent and sinned continuously. God therefore planned to use the military force of the Chaldeans to judge and punish them. He worked out a plan to boost their military strategy and strength. They became such a powerful and irresistible force to be reckoned with. They conquered Israel as permitted by God. They began to attribute their military success to their gods. This aroused the anger and jealousy of God. He took out their strength and made them loose their battles until they became underdogs. Like the Chaldeans, the source of our downfalls are often associated with our failure to recognize and acknowledge the grace and provisions of God when we breakthrough in life. Learn never to give God’s glory to another!

Prayer: Dear Lord, May i never forget that you are the reason behind my success in life.

Confession: I don’t give God’s glory to another. He remains the source of my success.