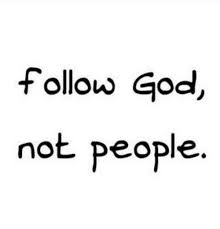 Scripture Reading:1Sa 8:19-20
Nevertheless the people refused to obey the voice of Samuel; and they said, Nay; but we will have a king over us; That we also may be like all the nations; and that our king may judge us, and go out before us, and fight our battles.
Reflections: There were nations surrounding Israel who were ruled by kings. However Israel had a unique and rather different political system. They were ruled directly by God through Judges. God was their king and He fought their battles. But as the years rolled on, the people of Israel seemed to have been attracted by the kingship system of the surrounding nations and began to desire it. They wanted just to be like those nations rather than to remain in the ordained theocratic design. They therefore approached Samuel, the Prophet and requested God to grant them their heart desire for a king. They had no idea that their action meant they had rejected God and had dire consequences. When you follow people and trends instead of holding on to God and His ways, it amounts to rejecting God and like Israel, you will have to face the consequences. Follow God and not people!