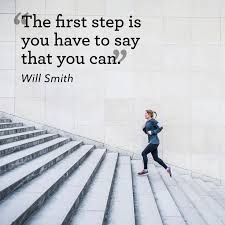 Scripture Reading: Mar 5:27-29
When she had heard of Jesus, came in the press behind, and touched his garment. For she said, If I may touch but his clothes, I shall be whole. And straightway the fountain of her blood was dried up; and she felt in her body that she was healed of that plague.

Reflections:Jesus was on his way to the house of Jairus to heal his daughter. His mind was fixed on just doing that. A large crowd however, followed Him. The noise of the crowd caught the attention of a certain woman who had been suffering from chronic bleeding for twelve years. She had spent all her money on paying medical bills which yielded no results. When she got to know that the crowd had gathered because of Jesus, she convinced herself that her moment of breakthrough had come. She planned to touch the hem of the garment of Jesus. To do this, she had to break through the crowd. She did so from behind, wading her way through many people. It wasn’t an easy process, but she kept going until she got close to Jesus. She then stretched her hand to touch Jesus’ garment, and as she did so, the sickness dried up and was no more. It was all over but it was only up to her. She could have remained at home. She could have given up when it was getting difficult to get through the crowd. Everything was indeed up to her. Like this woman, getting unto your pathway of breakthrough is only up to you. Think about it. It is only up to you!

Prayer: Dear Lord, help me to break through every ‘crowd’ to get hold of my miracles.

Confession: I push myself through anytime until the miraculous happens.