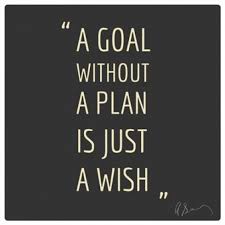 Reflections: Jael is noted as a woman of conviction and courage. She was able to kill Sisera, captain of the host of the Canaanite army alone. As Sisera took refuge in her house and slept, she grabbed a tent peg in one hand and a hammer in the other, crept up to him quietly, and drove the tent peg right through his temple into the ground. The way she went about this task clearly shows that it was a well thought out plan. She probably might have entertained several thoughts in her mind and carefully evaluated each to arrive at a well developed winning plan. In Genesis 41:34-36, we note that it was not just the gift of Joseph that propelled him to greater heights. The king made him the prime minister only after he had outlined a winning plan to combat the coming famine. Don’t underestimate the power of developing a winning plan. It will help you to achieve the objectives you set out in life (Prov 21:5).

Confession: I don’t do things by heart. I always plan. I allow the Holy Spirit to lead me.