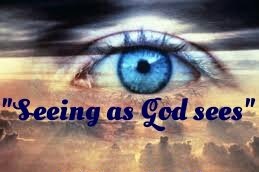 Scripture Reading: Luke 8:49-50
While he yet spake, there cometh one from the ruler of the synagogue’s house, saying to him, Thy daughter is dead; trouble not the Master. But when Jesus heard it, He answered him, saying, Fear not: believe only, and she shall be made whole. And they laughed him to scorn, knowing that she was dead. And he put them all out, and took her by the hand, and called, saying, Maid, arise. And her spirit came again, and she arose straightway: and he commanded to give her meat.

Reflections: Jesus was petitioned by Jairus to go with him to his house to heal his ailing daughter. As they got closer to the house, a servant of Jairus rushed to meet them. He informed them that there was no need for Jesus to proceed to the house since the girl had died. Jesus refused to yield to his directives. He insisted that the child would be healed and marched on. He saw differently. On arrival, Jesus found everybody mourning. He asked them to stop since the girl was only asleep. Again, it was evident that Jesus was seeing differently. He had to drive all of them out since their reaction was based on circumstances. He was left alone with His disciples. He then called the dead girl by name and asked her to arise. It was that simple. The dead girl arose without the slightest trace of the sickness that killed her. What a miracle! We must learn to see as God sees and not as dictated by circumstances. The giant leap into the miraculous begins when you are able to see as God sees! God sees you healed! God sees you delivered! God sees you set at liberty! Do you see as God sees?

Prayer; Dear Lord, help me to see you as you see.
Confession: I am not moved by circumstances. I see as God sees! I cannot be limited in this life.