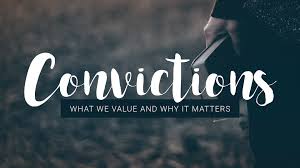 Reflections: Jael proved that she was a woman of exploits. It was amazing how she single handedly executed Sisera, captain of the Canaanite army in her room. It is clear from her action that she was a woman of conviction. Conviction is defined as ‘a firmly held opinion or belief’. The words ‘firmly held’ are very important and key to the definition. It denotes an unwavering stance. When Jael conceived the idea of helping to kill this military captain who had terrorized Israel for so long, she did not waver. Neither did she become double minded in that pursuit. She remained resolute until the mission was accomplished. To do exploits in life, you certainly need to be resolute in your convictions! As long as your convictions in life are spirit-led and righteous, you should not waver!

Prayer: Dear Lord, help me not to vacillate in my spirit-led convictions.

Confession: I am firm in my convictions. I achieve what I set out to do by the will of God.