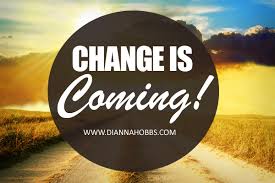 Scripture Reading: Acts 28:6
Howbeit they looked when he should have swollen, or fallen down dead suddenly: but after they had looked a great while, and saw no harm come to him, they changed their minds, and said that he was a god.

Reflections: All of a sudden a snake coils itself around the hand of Paul. This was viewed by those around him that he merited to be a prisoner and that he was even a murderer. They looked on with expectation to see Paul die from the bite of the snake but the contrary happened! Paul shook off the snake into the fire. The venom of the snake could not have power over him. He was kept alive! Struck with such shock, the barbarians changed their mindsets concerning Paul. They now consider him to be a god and no longer a murderer! In life, people may have wrong perceptions about you. They may even be expecting the worse to happen to you but God will disappoint them and bring their expectations to nothing .

Prayer: Oh Lord, change the negative mindset people have concerning me and bring their expectations to nothing.

Confession: Those who have negative mindset about me shall be disappointed.