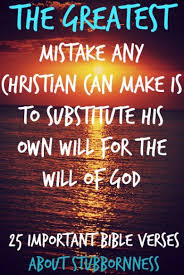 Scripture Reading:Jos 2:6
But she had brought them up to the roof of the house, and hid them with the stalks of flax, which she had laid in order upon the roof

Reflections: She watched as the two men strolled into her abode. Even though they were strangers, it was certain they were not there for her usual services. As she interacted with them, she discovered they were Israelite who had been sent to spy out the land of Jericho. Rather than report them to the king, she chose to hide them under her roof and helped them eventually to escape. She did this because she discovered it was God’s will for the city of Jericho to be conquered by the people of Israel (Joshua 2:9-11). Her allegiance was therefore not based on nationalism but purely on honoring the will of God. Later, her life and that of her family was spared as a result of this action (Joshua 6:25). No matter what, in life, your decisions and actions should only seek to honor the will of God. Like the case of Rahab, It will pay off one day.

Prayer: Dear Lord, help me to serve your will anytime it is demanded.

Confession: I am up to serve the will of God. I reap of its benefits.