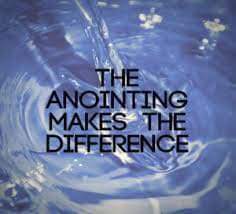 Scripture Reading: 1Sam 10:1 Then Samuel took a vial of oil, and poured it upon his head, and kissed him, and said, Is it not because the LORD hath anointed thee to be captain over his inheritance?

Reflections: Saul was surprised to see Samuel anoint him with oil as the King of Israel. He least expected it. On his way home after his time with Samuel, he had 3 other major encounters. All these happened exactly as per what Samuel had told him. First he miraculously found his father’s straying donkeys (1 Sam 10:2). Secondly he met a group of people who offered him bread (1 Sam 10:3). Finally, and strangely so, he found out that he could prophesy too (1 Sam 10:5). All these amazing events happened after he had been anointed, pointing out clearly to what the anointing is capable of doing in one’s life. It does not only enable you to function in your God assigned task but goes a long way to address your needs as well as empower you to do the impossible. The anointing has a multifaceted function and is sure to make a huge difference in your life. Seek to be anointed by God!

Prayer: Dear Lord, let the anointing of your Spirit come upon me.

Confession: I am anointed by the Spirit of God. I make a difference in life!