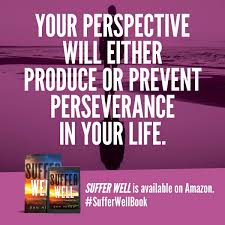 Scripture: Reading: 2Co 4:17-18
For our light affliction, which is but for a moment, worketh for us a far more exceeding and eternal weight of glory;

Reflections: With the words ‘troubled but not crushed ,frustrated but not in despair, persecuted but not abandoned, struck down but not destroyed’ Paul does not only describe vividly how well they suffered as apostles but also show how they never gave up but held on until the mission of the apostolic assignment was over. According to Paul their discovery of suffering as rather something light and temporal and producing for them an incomparable weight of eternal glory became the source of their unconquerable inner strength. The secret of Paul and his colleagues was thus based on how they perceived suffering. The way you define suffering will largely determine whether you will give up in life or not. Learn to keep up with the apostolic perception of suffering and you will surely rise up with the courage to face each new day until it is over. You will make it!

Prayer: Dear Lord, help me see the temporal nature and good side of suffering so I can endure.
Confession: I perceive suffering as only temporal with some good sides. I fight on until I breakthrough.