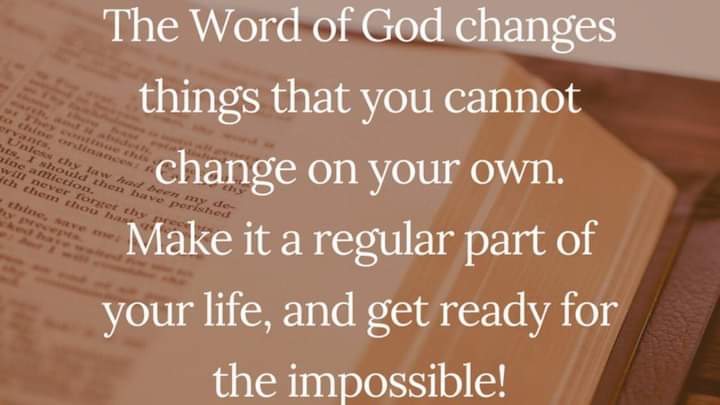 Scripture Reading: Luke 5:5-6
And Simon answering said unto him, Master, we have toiled all the night, and have taken nothing: nevertheless at thy word I will let down the net. And when they had this done, they inclosed a great multitude of fishes: and their net brake.

Reflections: Simon Peter and his colleagues were washing their fishing nets after the day’s work. It was a sad moment. Unlike other days where the nets were washed after fishes had been caught, on this occasion, no fish had been caught. As they kept washing the nets, Jesus visited and interacted with them. Simon Peter was surprised when Jesus asked him to throw his net once again into the sea. Initially he thought it was going to be an exercise in futility but he responded positively to the word of instruction from Jesus. That word proved to change his destiny! Not only did he experience the catching of many fishes but was also given a new job placement as a ‘fisher of men’! Like Peter, your change in destiny is dependent on your response to the WORD. Just cling to the Word of God and do as it says no matter what.

Prayer: Dear Lord, help me to obey your word no matter what. It is my destiny changer!

Confession : The WORD of God is and remains my destiny changer!