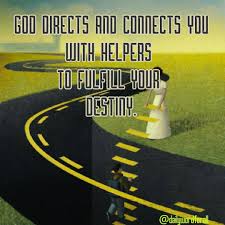 Scripture Reading: Act 18:1-3
After this, Paul left Athens and went to Corinth. There he found a Jew named Aquila, a native of Pontus, who had recently come from Italy with his wife Priscilla because Claudius had ordered all the Jews to leave Rome. Paul went to visit them, and because they had the same trade he stayed with them. They worked together because they were tentmakers by trade.

Reflections: Emperor Claudius had ordered all Jews to leave Rome. As a result, Acquila and his wife Priscilla had to relocate to Corinth. They had no idea their movement was going to be used as a channel to support kingdom work. Around the time, Paul had also undertaken a missionary journey to Corinth. He knew he would need a place to lodge and some people to support him. On hearing that Acquila was a tent maker just like himself he decided to approach him. The outcome proved to be a divine arrangement. Acquila and Priscilla accepted to host him and work with him in the tent making business. Eventually they also provided ministerial support to him (Romans 16:3-4). They proved to have been customized and already-made for Paul by God. Indeed like Paul, your destiny helpers in life are already made and positioned by God to meet you!

Prayer: Oh Lord, let me be connected to my customized and already made destiny helpers.

Confession: Already made destiny helpers are at hand!