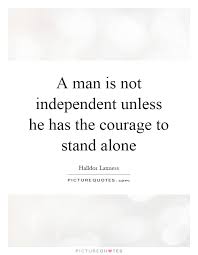 Reflections: Courage is defined as ‘the attitude of facing and dealing with anything recognized as dangerous, difficult, or painful, instead of withdrawing from it’. Many people always want to depend on the courage of others. However there are times when it is important to demonstrate independent courage. This is what will propel you to greater heights. The story of Jael speaks volumes. As Sisera, captain of the Canaanite army fled and took refuge in her home, she took the decision to singlehandedly kill him. This demanded a lot of courage since she was dealing with an experienced army official. She could have sought for extra hands in executing her plan but she chose to be independently courageous. This placed her in the ‘hall of fame’ of Israel, a feat which Barak, King of Israel missed simply because he chose to depend on the courage of Deborah (Judges 4:8-9). Independent courage will surely propel you to greater heights!

Prayer: Oh Lord, help me to be self courageous.

Confession: I will not always depend on the courage of others to act. I will not miss it when the hour comes for me to be independently courageous.