Posted on May 26, 2020 Posted By: Secretary SecretaryCategories: Devotionals 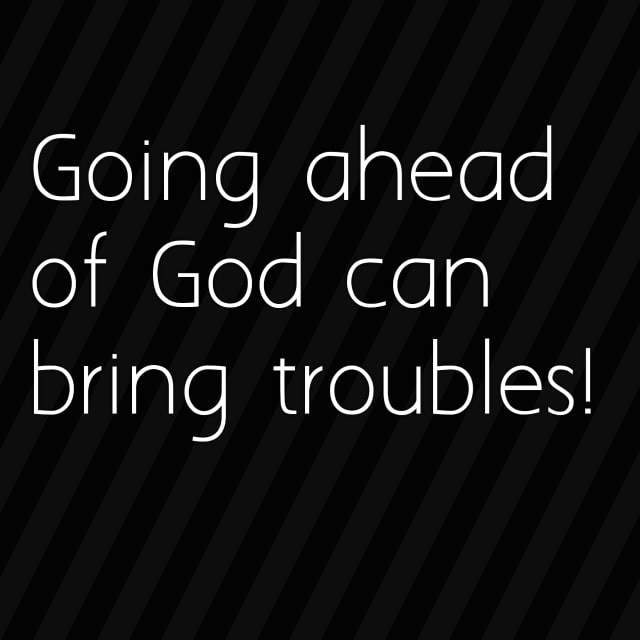 Scripture Reading: Act 7:25  For he supposed his brethren would have understood how that God by his hand would deliver them: but they understood not.

Reflections: Moses was born to Hebrew parents but raised up in the Egyptian royal family. Despite his Egyptian connection he never lost sight of his Hebraic identity. He discovered also along the line that he had been called by God to bring deliverance to Israel from Egyptian bondage (Acts 7:25). One day, thinking that it was better for his kinsmen to know about his destiny as their deliverer, he launched an attack against an Egyptian who was having a brawl with a Hebrew and killed him in the process. He thought this act of manslaughter was going to be kept a secret by the Hebrew but it turned out to be otherwise. This placed his life in danger and he had to abscond (Exodus 2). He only resurfaced 40 years later to step into his destiny as a deliverer (Acts 7:34-35). It is clear then that his earlier intervention to announce himself as the deliverer was unwarranted. No wonder it led him into trouble. Being driven in life by emotions or the flesh can aide you to get ahead of God which in turn can land you into trouble! The story of Abraham and his marriage to Hagar is a case in point (Genesis 16 & 21).

Prayer: Dear Lord, help me to never go ahead of you.
Confession:  God goes ahead of me. I do not go ahead of Him.