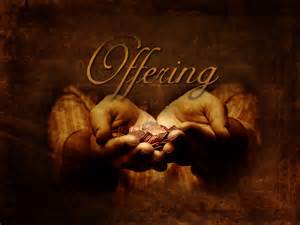 Scripture Reading: Luke 21:2-3
And he saw also a certain poor widow casting in thither two mites. And he said, Of a truth I say unto you, that this poor widow hath cast in more than they all:
Reflection: It was offering time. Jesus looked on as people put their monies in the offering container. Soon it was the turn of a poor widow. She cast in two mites. This surprised and received great commendation from Jesus. He noted that she had cast in more than even the rich men. The rich men had given their offering out of the surplus they had, but she (out of her poverty) had dropped in everything she had. Whatever you offer to the Lord at church undergoes divine inspection. It is either commended or disapproved. Like the poor widow, be led to give in a manner that attracts divine commendation. This will launch you into divine recognition and blessings. Remember, It is more blessed to give than to receive. (Acts 20:25)

Prayer: Dear Lord, help me to give whether I am rich or poor. Let my giving be spirit-led so that I will end up pleasing you.

Confession: I give whether I have more or less. I give in a way that pleases the Lord. My giving attracts divine recognition and blessings.