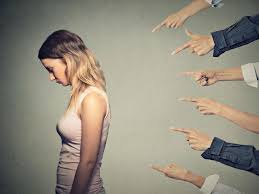 Scripture Reading:Mat 26:59-60
Now the chief priests, and elders, and all the council, sought false witness against Jesus, to put him to death; But found none: yea, though many false witnesses came, yet found they none. At the last came two false witnesses,

Reflections: The chief priests, elders and members of the council had plans to kill Jesus Christ and to bring his ministry to an end. They resorted to the use of false witnesses. They brought in one false witness after the other but their testimonies lacked the needed substance. Finally they got two false witnesses to create a scene where they eventually succeeded in condemning Jesus. A false witness ‘is one who stands up and swears before others that something untrue is true, especially with the intention of hurting someone else or ruining his reputation’. From what happened to Jesus Christ, it is conclusive that ‘When a person is righteous and his enemies can not find anything with which to blame him, bearing false witness becomes a common weapon’. The lives of David (Psalm 27:12), Stephen (Acts 6:13), and Naboth (1 kings 21:9-10) are clear examples. Thus a common weapon of the enemy you must destroy through prayer is the use of false witnesses against you.

Prayer: Oh Lord deliver me from false witnesses. Arise and let them be scattered.

Declarations: By the blood of Jesus, I am shielded from the power false witnesses.