The divine mandate to start the ministry was received by Abraham Nyako Jnr in 2008 with the words “I have called you to strengthen my arm”. The VISION for the ministry was geared towards the restoration of God’s arm (i.e the church) with the POWER and GLORY that characterized the early church. The MISSION through which this VISION was to be accomplished is the declaration of the total truth of God’s word. 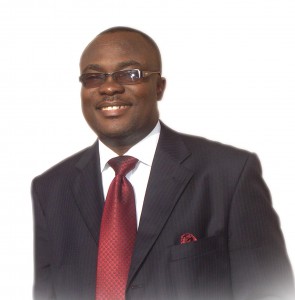 hana for Sudan on a consultancy engagement with the United Nations Population Fund (UNFPA). While in Sudan, Abraham had an encounter which spurred him to start the Ministry on his return to Ghana.

A Peace keeping officer openly declared to Abraham and his working colleagues that God had purposely sent Abraham to Sudan for him to confirm both his call and the need for Abraham to commission the vision God had given to him when he returns to Ghana. Back in Ghana from Sudan, on 20th.November 2008, Abraham started to hold prayer meetings on Thursdays on the grounds of Kaneshie North 1 & 2 Basic Schools at Bubuashie, Accra with a group of people in the bid to establish the ministry. It was during this period that he received the full name of the ministry- WORDS OF TRUTH COVENANT FAMILY, derived from Proverbs 22:21. On 29th March, 2009 the first Sunday Service was held with seventeen (17) people in attendance and the ministry was consequently inaugurated a year after (28th.March 2010) at the conference room of Paloma Hotel Annex, North Industrial Area- Accra.

Between 28th.March 2009 and 26th.February 2011, W.O.T. operated in one of the classrooms of the Kaneshie North 1 & 2 Basic Schools. However on 21st.January 2011, God blessed the church with a rented facility with a spacious compound to serve as the site for the new auditorium and church offices. The three rooms within the facility now serve as office spaces for the Senior Pastor, Resident Pastors and the church administrative office while the constructed structure on the forecourt of the office serve as the auditorium for church services and programs.