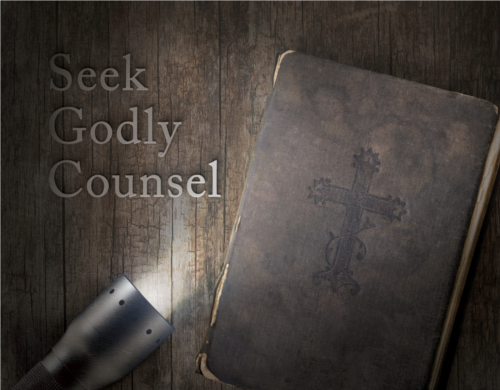 Scripture Reading: Esther 2:20 Esther had not yet shewed her kindred nor her people; as Mordecai had charged her: for Esther did the commandment of Mordecai, like as when she was brought up with him.

Reflections: Esther was an orphan but she was not all alone. Her cousin, Mordecai had taken up the challenge of fathering her. His fatherly coaching skills and support created the room for her to grab the rare opportunity to contest for the position of Queen of the Medo-Persian kingdom even though she was only a Jewish slave. She won the contest by divine favor and became the Queen of the land of her captivity. Much as her success can be traced to the role of Mordecai, she also had a part to play. At the time of entering the contest, she was told by Mordecai not to divulge information about her participation to her people and she held on to this counsel as tightly as ever. Her pursuance of this good counsel kept her in the contest until divine favor ushered her into her destiny. Like Esther learn to keep to good and godly counsel. It will pay off!

Confession: I keep to good and godly counsel. I encounter divine favour all the time.