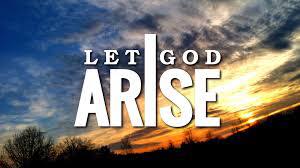 Scripture Reading : 2 Sam 20:22
Then the woman went unto all the people in her wisdom. And they cut off the head of Sheba the son of Bichri, and cast it out to Joab. And he blew a trumpet, and they retired from the city, every man to his tent. And Joab returned to Jerusalem unto the king.

Reflections: Sheba lay dead at the feet of Joab. He had had his head cut off and his body thrown over the wall of the city of Abel by its people. His death now paves way for David to be accepted as King one more time. Sheba had been responsible for the despicable attitude of Israel towards King David. By his influence all of Israel abandoned reinstating David as King after the death of Absalom (2 Sam 20:1). Until people like Sheba who negatively influence people against your life are stopped in their tracks, it will be difficult to get the needed support from those ordained to help you in life. Like David, you will rise to your given throne in life; God will overthrow all those who instigate people against you.

Prayer: Oh Lord, disappoint the ‘Shebas’ in my life!

Confessions: God is on my side. Those who instigate people against my destiny shall fail.