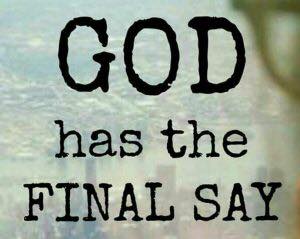 Scripture Reading: Esther 6:10
Then the king said to Haman, Make haste, and take the apparel and the horse, as thou hast said, and do even so to Mordecai the Jew, that sitteth at the king’s gate: let nothing fail of all that thou hast spoken.

Reflections: Haman hated Modecai so much that he even planned to have him killed. His plan was so well cooked out that it looked unstoppable. One morning, he marched to the king’s palace to seek royal approval to execute this heinous plan. Unknowing to him, something had happened the night before which was going to foil up his plan and have him rather humiliated. God definitely had come to the aid of Mordecai. Within that scheme of night event, the king had sought to reward Mordecai after he had been informed of how he had saved the kingship from a coup plot earlier on. When he arrived in the place, the king was pleased to see him especially because he thought he was in the best position to recommend the best reward package for Mordecai. Without saying whom the reward was meant for, the king requested for his opinion. Thinking it was meant for him, Haman outlined such a glamorous and very generous package. To his utter shock the king ordered him to administer it to Mordecai. It was such a big humiliating blow as he publicly decorated Mordecai in royal apparel and paraded him on the streets. Like Modecai, people may have hated you so much and may have even planned to get rid of you but God will humiliate them in the process while He gets you uplifted. The final say always lies with God and not with those who hate you!

Prayer: Dear Lord, let it be known that you have the final say in my life.

Confession: The efforts of my enemies to bring me down shall be turned round by God. In the process they shall be humiliated while I end up being promoted in life.