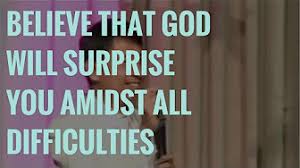 Scripture Reading: 2 Sam 3:8-10
Then was Abner very wroth for the words of Ishbosheth, and said, Am I a dog’s head, which against Judah do shew kindness this day unto the house of Saul thy father, to his brethren, and to his friends, and have not delivered thee into the hand of David, that thou chargest me to day with a fault concerning this woman? So do God to Abner, and more also, except, as the LORD hath sworn to David, even so I do to him; To translate the kingdom from the house of Saul, and to set up the throne of David over Israel and over Judah, from Dan even to Beersheba.

Reflections: David was anointed to be king in the place of Saul. When Saul died, the way was paved for David’s coronation. But there was a great set back. David could not be king over the entire 12 tribes of Israel. Abner the commander of Saul’s army was the problem. Even though he knew about the will of God that David should be king, he ensured that the kingship was rivaled. He made Saul’s son, Ishbosheth to rule over a section of the kingdom. This delayed full fulfillment of David’s prophetic word for seven years plus (2 Sam 2:8-11). He was king only over the house of Judah until Abner changed his mind. The mind change came over a quarrel he had with Ishbosheth for accusing him falsely over a concubine matter. Abner represents those who refuse to play their role in order for you to fully enter your prophetic destiny. They must have a change of mind. They must fight for you and not against you.

Prayer: Oh Lord, let whatever holds up my “Abner’ and prevents them from playing their prophetic role in my life scatter in Jesus name.

Confession: Anybody who knows about God’s will for my life will not fight against it. They will rather fight for me.