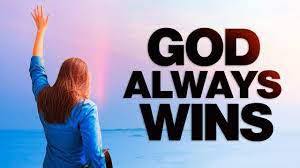 Scripture Reading: Genesis 11:8
So the LORD scattered them abroad from thence upon the face of all the earth: and they left off to build the city.
Reflections: After the flood, Noah and his family were instructed by God to populate the whole earth. As the generations after Noah evolved, the people began to grow in numbers. However, they decided to stay in one geographical area rather than spread as God had intimated. They began constructing a metropolis with a skyscraper to satisfy their demands of residing in one geographical location. This deed displeased God, and as a result, it was judged. God muddled their language so they couldn’t understand each other’s words. This caused so much confusion that they could not continue with the project. They were eventually scattered and moved to other areas of the earth, as God had intended. God will always win at the end of the day. Don’t waste your time trying to challenge His will.
Prayer: Dear Lord, help me to align with your will all the time.
Confession: I don’t challenge the will of God!