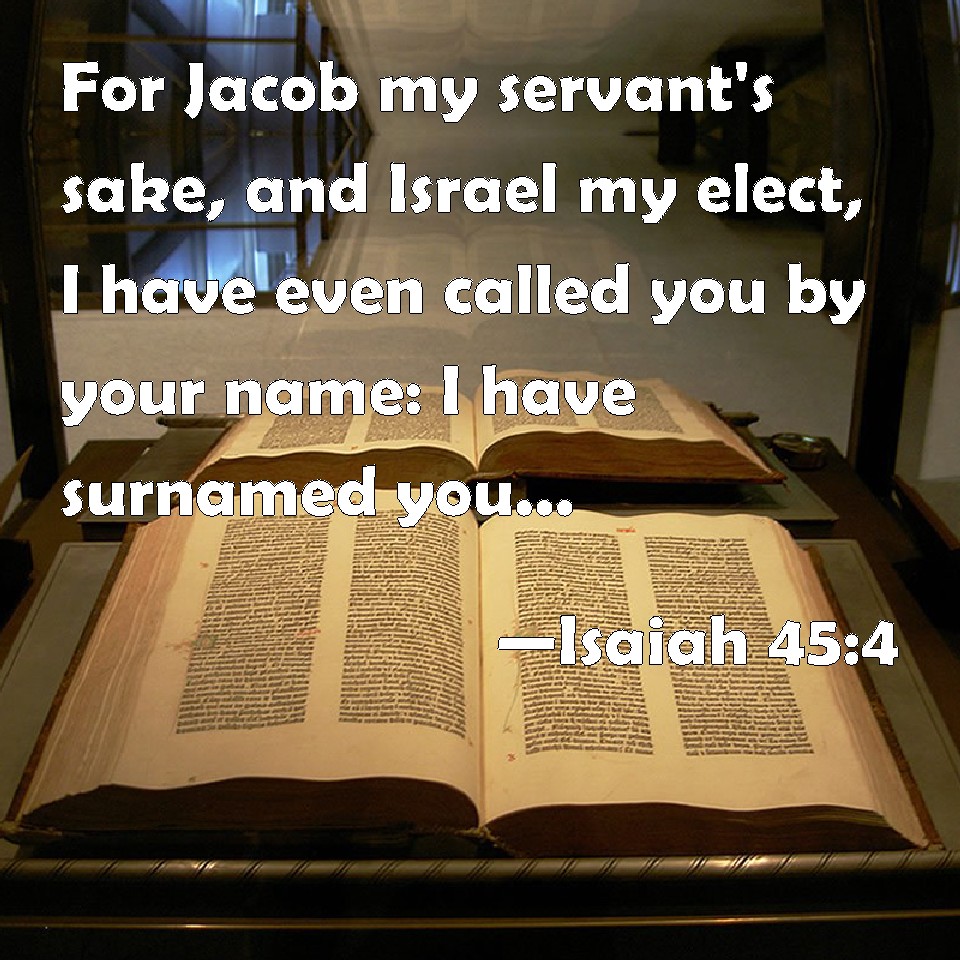 Scripture Reading: Isaiah 45:4
For Jacob my servant’s sake, and Israel mine elect, I have even called thee by thy name: I have surnamed thee, though thou hast not known me.

Reflections: A baby was born in the Persian kingdom. He was named Cyrus. He grew up and became king. He conquered kingdoms and stretched his dominion to include Babylon where the Jews had been held in captivity for 70 years. By conquering Babylon, he had the power to free the Jews. Unknowing to him, he had actually been born into the world for the sole purpose of bringing freedom to Israel from Babylonian captivity. This was contained in Jeremiah’s prophecy to Israel before he ever came to the scene of rulership. In the prophecy God had ‘called him for the sake of Israel His elect’ and had anointed him to ‘subdue nations and to loose the lions of kings’ (Isaiah 45:1-4). True to this divinely carved destiny for Cyrus, he signed the decree to free Israel and to bring them help to rebuild the Temple in Jerusalem (2 Chronicles 36:22-23). Cyrus represents those who have been destined by God to bring your destiny or prophetic word into fulfillment. It is a joy to note that every “Cyrus” you will ever need is actually planned far ahead of you by God. Your Cyrus is coming!

Prayer: Lord I thank you for preparing far ahead of me every ‘Cyrus’ I will ever need in life

Confession: Let my ‘Cyrus’ get to work by divine decree in Jesus name.