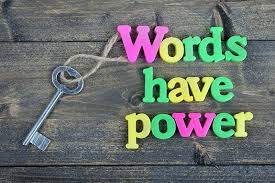 Scripture Reading: Romans 4:17
(As it is written, I have made thee a father of many nations,) before him whom he believed, even God, who quickeneth the dead, and calleth those things which be not as though they were

Reflections: By indicating that ‘God calleth those things which be not as though they were’, Paul is reminding us that God speaks out His desires before manifestation takes place. This is precisely what took place at creation in the book of Genesis. God just said, ‘let there be’ and there was. This dimension of spiritual operation is critical for all of God’s children. Spoken words matter in the spiritual realm (John 6:63) and the child of God must speak out what s(he) has believed in line with God’s will (2Co 4:13) for God to work out its manifestation. Such was the case in the vision of Ezekiel. God asked him to speak out (prophesy) what He has willed for the dry bones in the valley. As he did so, the bones came alive (Ezekiel 37:1-10). Just learn to speak out and confess what is in line with God’s will for your life.

Prayer: Oh Lord, help me remain inspired by your Spirit to call those things which be not in my life as though they were.

Confession. Nothing can stop my mouth from calling those things which be not in my life
as though they were. Something new and glorious will always happen to me.